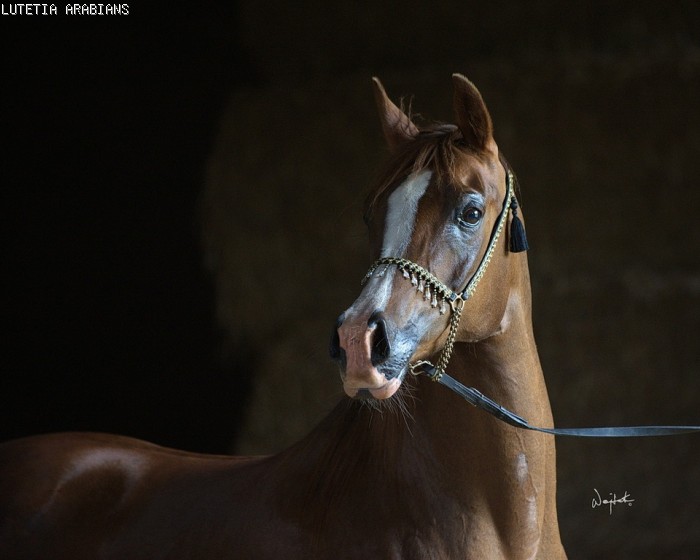 ATLANTICA is a great moving, correct mare with an old interesting pedigree with a blend of valuable Russian and Polish bloodlines. She was born at Gestüt Chat in Austria and has produced some very nice offspring at Lutetia, always with her powerful movements and huge black eyes.

Atlantica´s sire VATICAN was born in Russia and belonged to the rare sire line of LATIF DB through KOREJ (Kann x Rixalina) and his grandson KUMIR (Mak x Kapella). Kumir is the sire of PESENNIK, who was leased to Michalow stud in Poland producing KWESTA, the dam of the great KWESTURA.

Vatican was an outstanding race horse in Russia before he was exported to Holland and later to France and Jordan. He raced 39 times where he won 9 races and placed 16 times, and his wins includes six top stake races.

Vatican´s dam NEVESTA (Aswan x Nagrada II) traces down to the mare PLOTKA (Koheilan I x Gaweda) born at Janów Podlaski and belonging to the dam family of ELSISSA DB.

Atlantica´s dam ASPICIA was bred by the renowned Kossack Stud in Holland, sired by the great Russian sire PELENG (Nabeg x Palmira). Her dam ALCUDIA was of Polish bloodlines but born in Sweden at the famous Blommeröd Stud. Alcudia was sired by Swedish National Champion Stallion RUSAZCIE, for his time an extremely beautiful stallion sired by the Circus stallion ALGIER (Wielki Szlem x Alga) and out of RUCASJA (Exelsjor x Rusznica). Alcudia´s granddam MIMIKRA (Comet x Mimika) was in the first group of horses bought from Poland to start the foundation of Blommeröd in 1965. In the group the Polish Chief-sire and later Swedish National and European Champion Stallion DARDIR was picked out as the first breeding stallion at Blommeröd and together Dardir and Mimikra produced AL-MIDA, the dam of Alcudia. Mimikra´s influence at Blommeröd was immense and in 1970 she was named Swedish National Champion Mare.

Atlantica carries the bloodlines of strong horses with great stamina and athleticism combined with beauty which makes her a great asset to any breeding program. 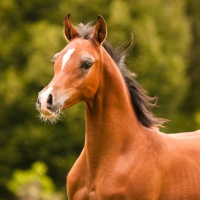 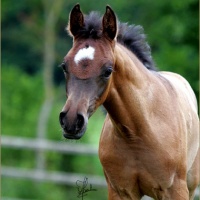 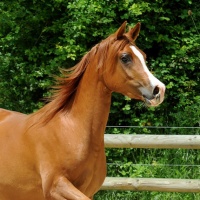